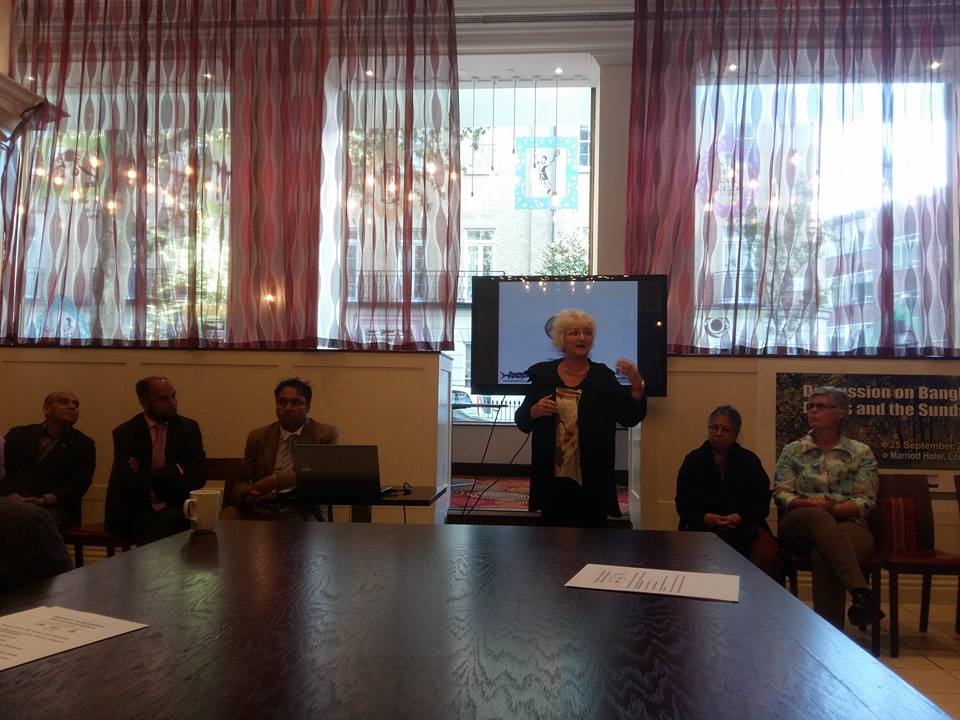 A discussion meeting on Bangladesh Rivers and the Sundarbans was held in Marriott Hotel, London on 25 September 2016, the first meeting of the Waters of Bangladesh Network formed by the Waterkeeper Alliance, Waterkeepers Bangladesh and London Waterkeeper Partnership. The meeting was conducted by Jahirul Hoque Shakil, Associate Professor of Shahjalal University of Science and Technology and chaired by Advocate Sultana Kamal, Convener of National Committee for Saving the Sundarbans and Vice President of Bangladesh Paribesh Andolon (BAPA). Sharif Jamil, Coordinator of Waterkeepers Bangladesh and Joint Secretary of BAPA was the keynote speaker of the meeting.

In her speech, Sultana Kamal urged people in Britain to look closely at the issues affecting Bangladesh, saying it is a land of rivers and we must take pride in them. She also stressed how unique the Sundarbans are and how we need to hear people in Britain speak up so we can save them. 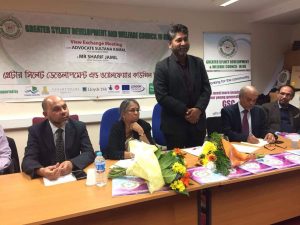 Sharif Jamil, Co-ordinator of Waterkeepers Bangladesh sees the network as an open call to NRBs in London to gather and start a process to develop a platform of UK and Bangladesh to work for the global water and environment. He believes this initiative will lead us to make the development process more sustainable, able to counter global climate change.

Members of the UK’s Bangladeshi community asked questions and further discussions continued on Bangladesh’s rivers and the Sundarbans mangrove forest. Everyone in the meeting had the opportunity to hear about the issues in Bangladesh and ask questions.

On 26 September 2016, Sultana Kamal and Sharif Jamil addressed another meeting on Bangladesh Environment organized by Greater Sylhet Development and Welfare Council, UK at their conference room in the Commercial Street in London. The President, Vice Presidents and General Secretary of the organization took part to the discussion where the initiative to develop a network for the Water in London was discussed.

Both the meeting also decides that at the next meeting they will discuss further how the Network will engage non-resident Bangladeshis and environmental advocates in Britain and help them promote greater efforts to preserve rivers and wetlands in Bangladesh and Britain.