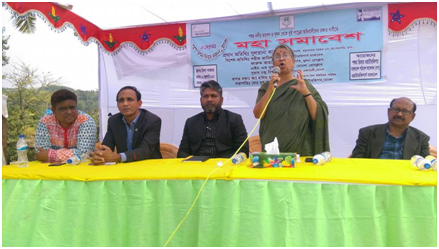 On 12th February, a public gathering was arranged to support the Sundarbans Day jointly by BAPA and Waterkeepers Bangladesh.

Former adviser of the caretaker government and vice-president of BAPA,  Advocate Sultana Kamal said that for a long time we have been talking about the issues of Rampal coal-based thermal power plant. We have expressed our concerns towards the matter of Rampal. The Sundarbans is an invaluable resource and heritage of our country. We should not take any kind of risk which can cause any harm to the Sundarbans forest’. The government took a decision without carrying out any environmental research. The government tender was analyzed and it was found out that the modern method they are going to use is not reliable. The coal thermal power plant may get accepted as there is no alternative source at the moment but the plant should be elsewhere than the Sundarbans. It’s been said that the plant is at safe distance from the Sundarbans, but it Is not true. This is unacceptable and the plant should be shifted from the decided location. 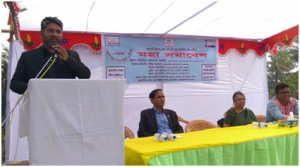 At Chila Bazar, Mongla a rally took place in the morning which was jointly arranged by Pashur River Waterkeeper, BAPA and Waterkeepers Bangladesh. The rally was chaired by Noor Alam Sheikh. The speech was given by Sharif Jamil Buriganga Riverkeeper, Coordinator of Waterkeepers Bangladesh and Joint Secretary of BAPA,  Subhash Chandra Biswas, Coordinator of Sundarbans Academy, Faruk Ahmed former President of Khulna Press Club, Geeta Halder  Woman’s’ Leader and leader of the fishermen association. Fishermen, locals, indigenous groups and businessmen took part in the rally. The focus of the rally was to ensure the protection of the Sundarbans, Pashur river, and the fishermen’s livelihood. Many plant species and fish species became extinct in the Sundarbans. For protecting it from further damage steps must be taken. The locals and villagers are at the brink of losing their livelihood. To save the environment and the locality, initiatives are to be taken by the government.